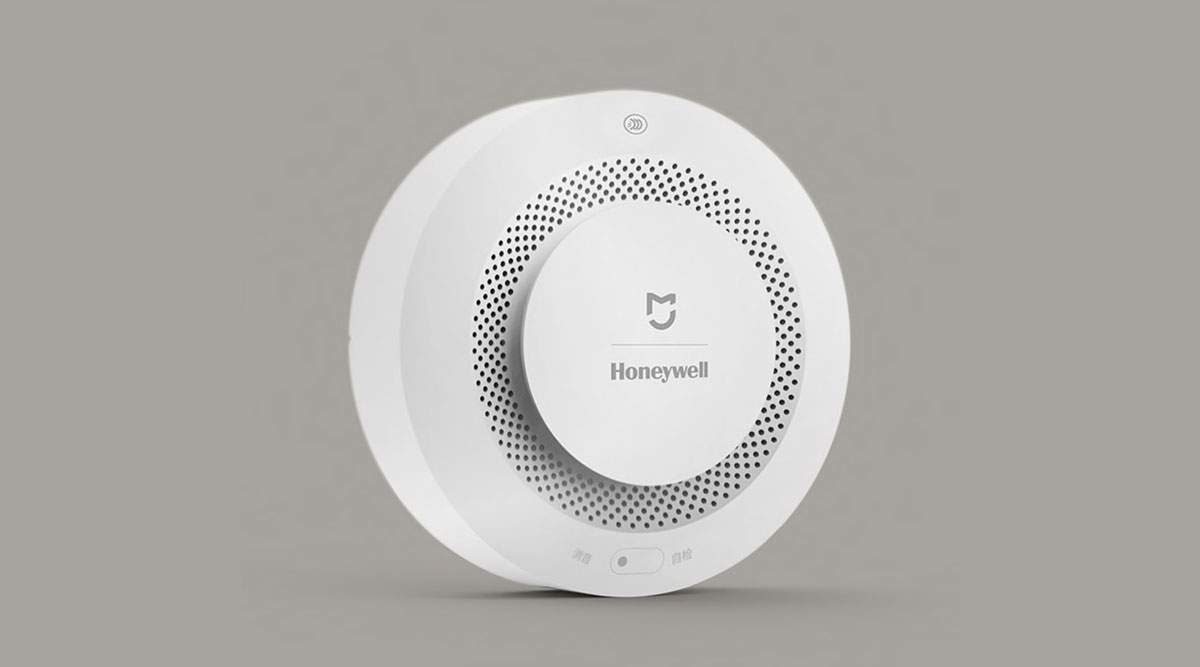 Like it or not, fires in the home are something many will encounter at some point in their lives, even if it’s a very small and seemingly inconsequential pan fire (that can also be very dangerous). A fire in your home is a scary enough thing when you’re there to witness it, and subsequently, attempt to stop it, but it’s the fires you’re not aware of, often until it’s too late, that are in many ways more dangerous. It’s said that smoke inhalation can often kill you, even before the fire does. All quite scary stuff, and thankfully it’s not something I’ve had to come up against myself so far. Still, just with any kind of sensor, early warnings are really very important, so you’re more prepared to stop things before they get out of hand or at least provided with a bit more of a warning if you need to get out of the house. Notifications of a water leak are one thing that can save a lot of money and damage if you get it early enough, but fires can kill, and so probably even more important. The first smoke alarm was patented in 1890, and whilst the technology has improved a lot over the years, we’re now in a world where you can get notified of problems on your smartphone or smartwatch, wherever you are in the world, and smoke alarms are perfect for not only early detection but also notification – remote or otherwise.

With these sombre thoughts in mind, today I’m turning my attention to a small and relatively cheap smoke detector/alarm, made as a collaboration between Mijia and Honeywell. Now before I go headlong into the review itself, it should be noted that this is certified for use in Mainland China and Hong Kong only. This doesn’t mean you can’t use it (although that also depends on the laws in your particular country), but if you did have a fire, and wanted to claim on your insurance, whilst relying on this device as your only form of smoke detection, chances are you wouldn’t be covered, as it wouldn’t be considered admissable as a certified device (unless you live in China or Hong Kong, obviously). So, it’s probably best to view this as a backup as opposed to the main sensor/alarm/detector, or better still, simply treat it as a notification device, with a regular ‘dumb’ smoke alarm as the main detector for the purposes of insurance, as well as an extra layer of safety. More is better I would suggest. 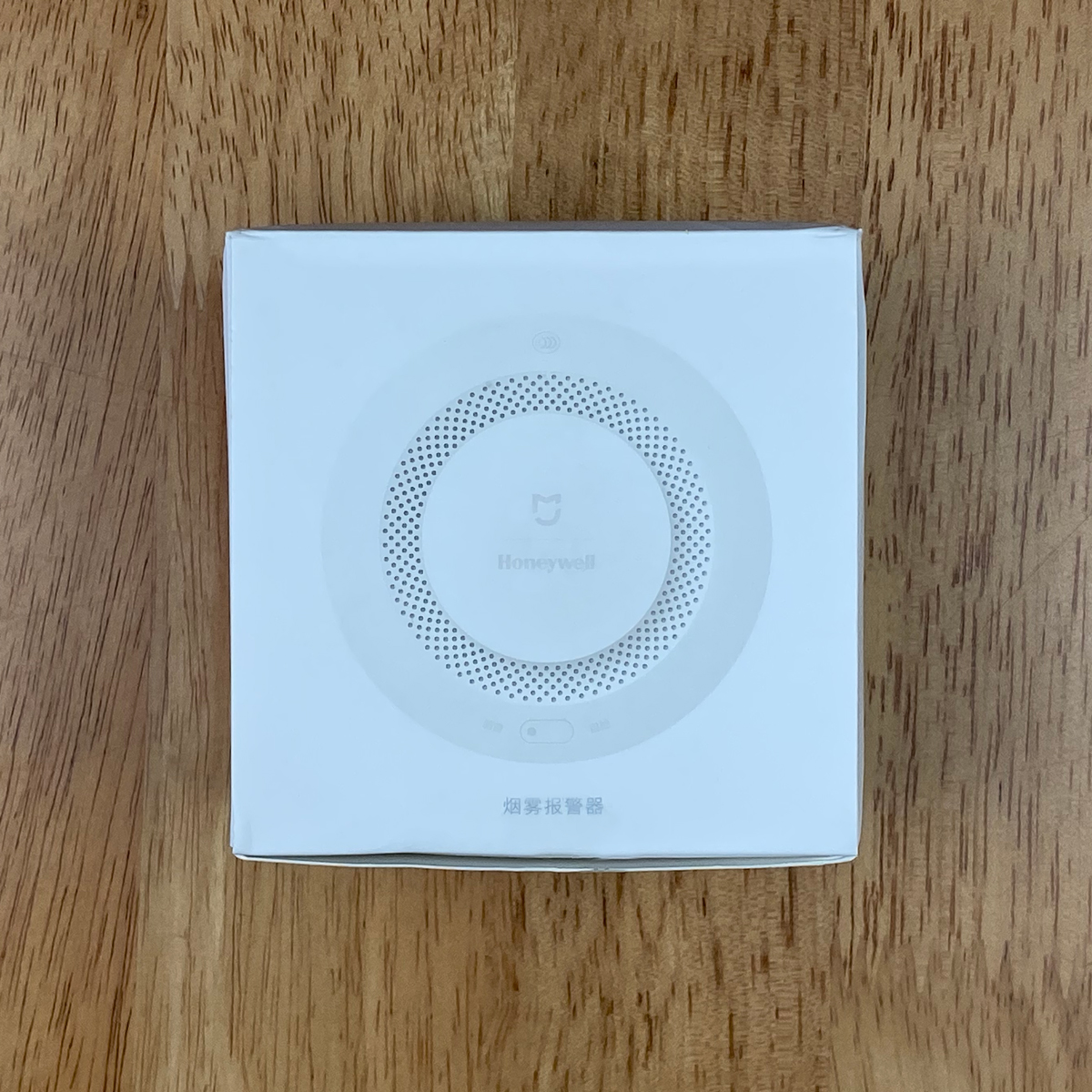 The Mi/Honeywell Smoke Detector has been around for a few years now, and in that time the packaging hasn’t really changed since I bought my first unit in early 2018. The front shows the device itself, or at least what you’ll see of the device once it’s in place, with some Simplified Chinese text at the bottom that basically translates to ‘Smoke detector’ or ‘smoke alarm’. 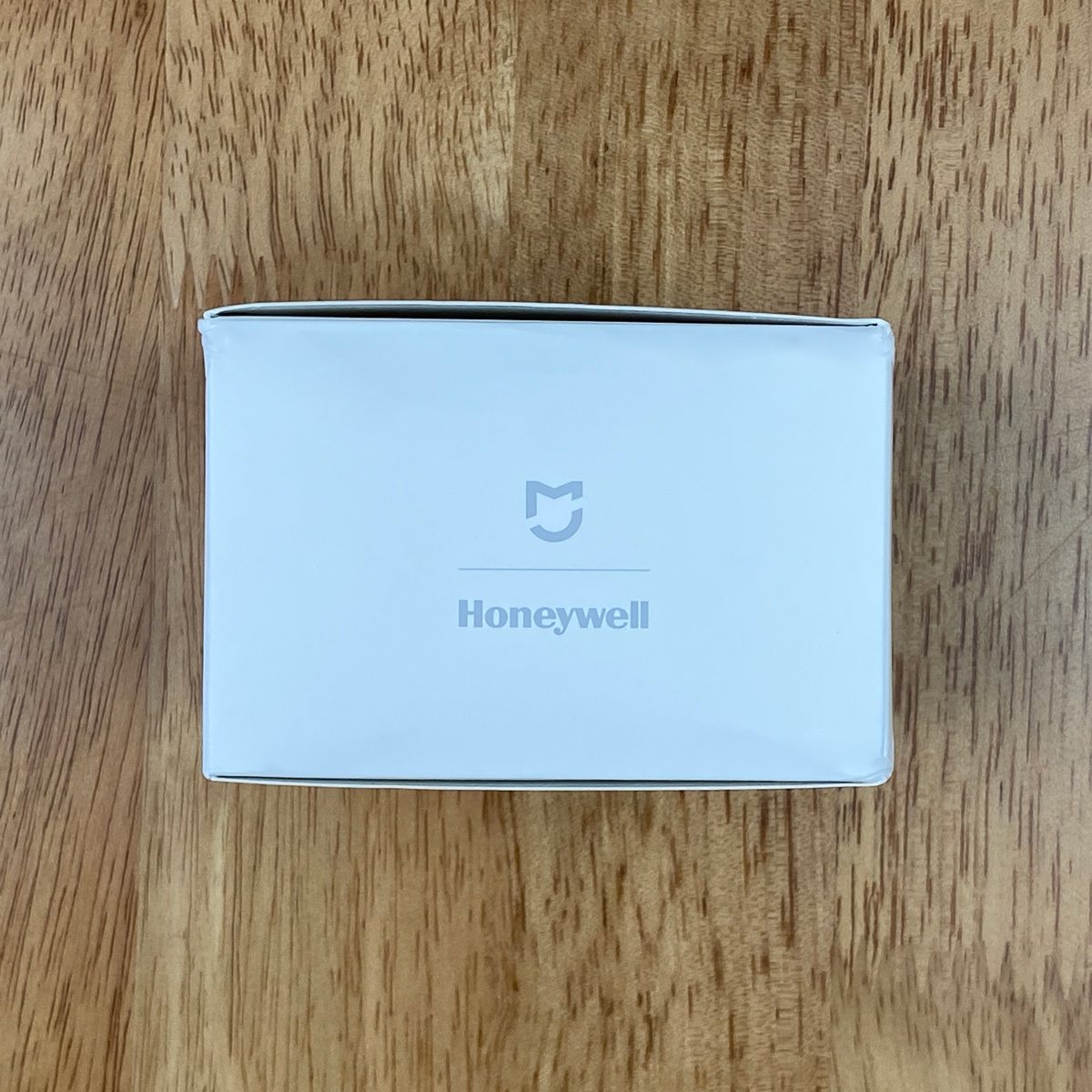 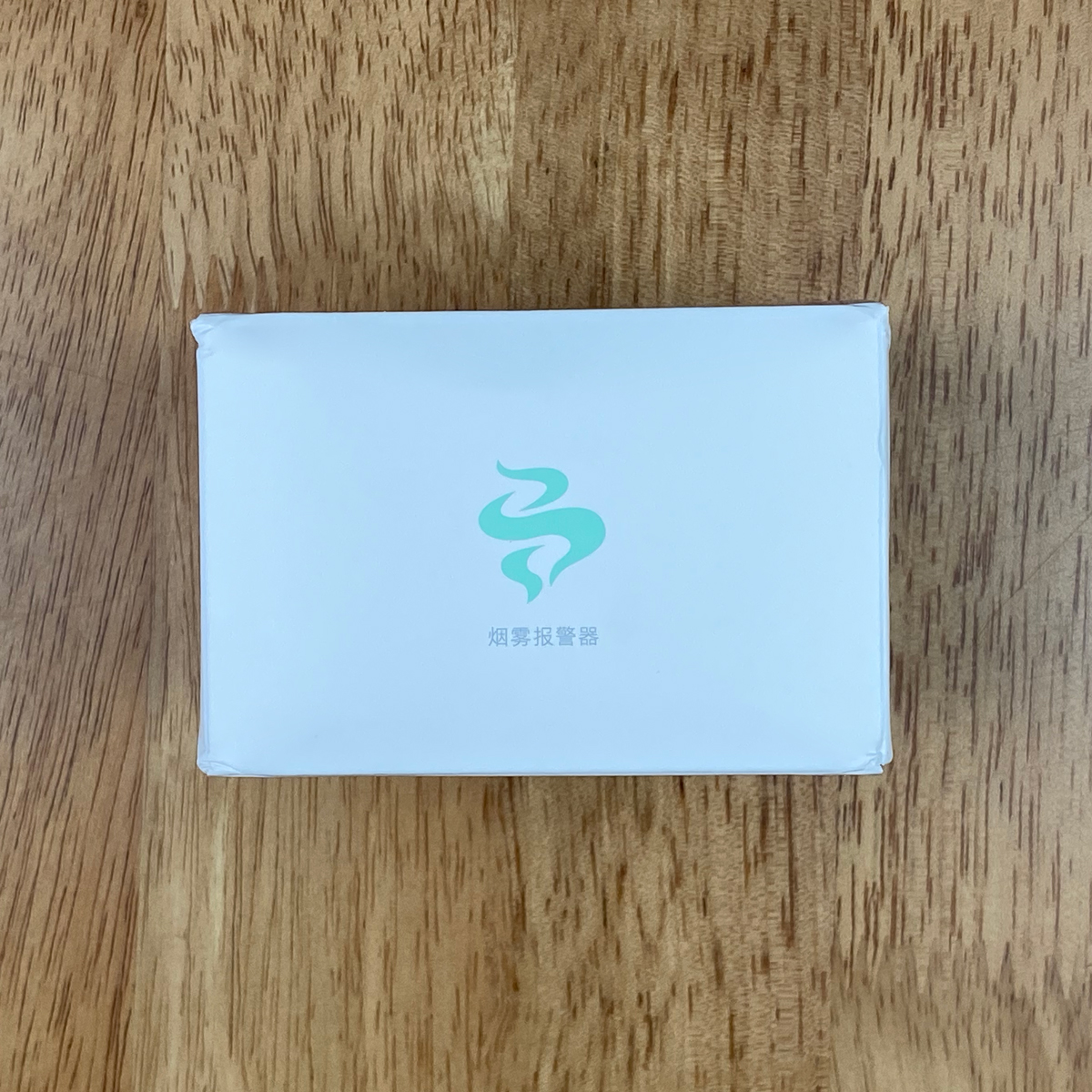 The sides of the box are equally barren of much detail, with only the Mijia and Honeywell logos on one side, and a smoke icon with the same Simplified Chinese text as is found on the front. 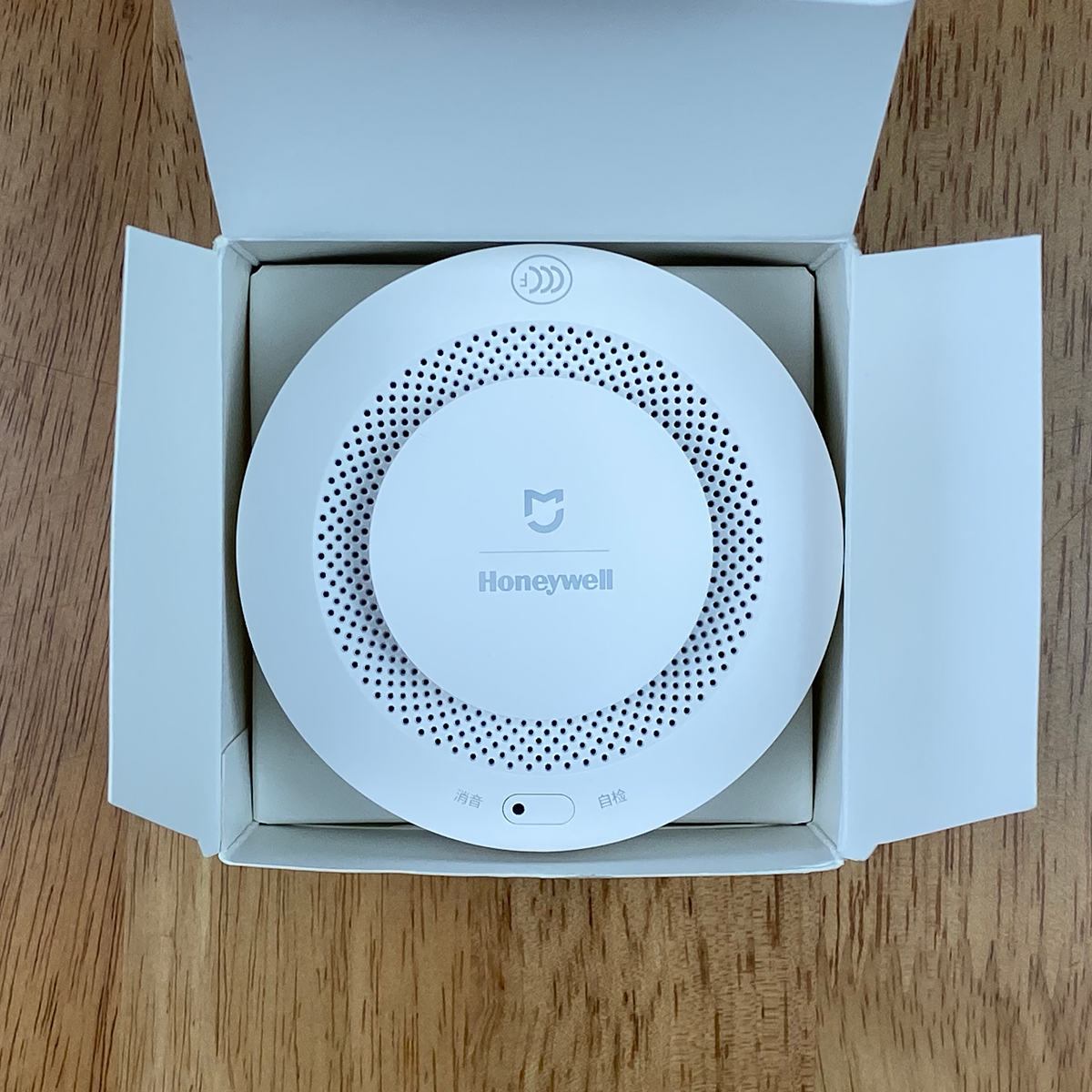 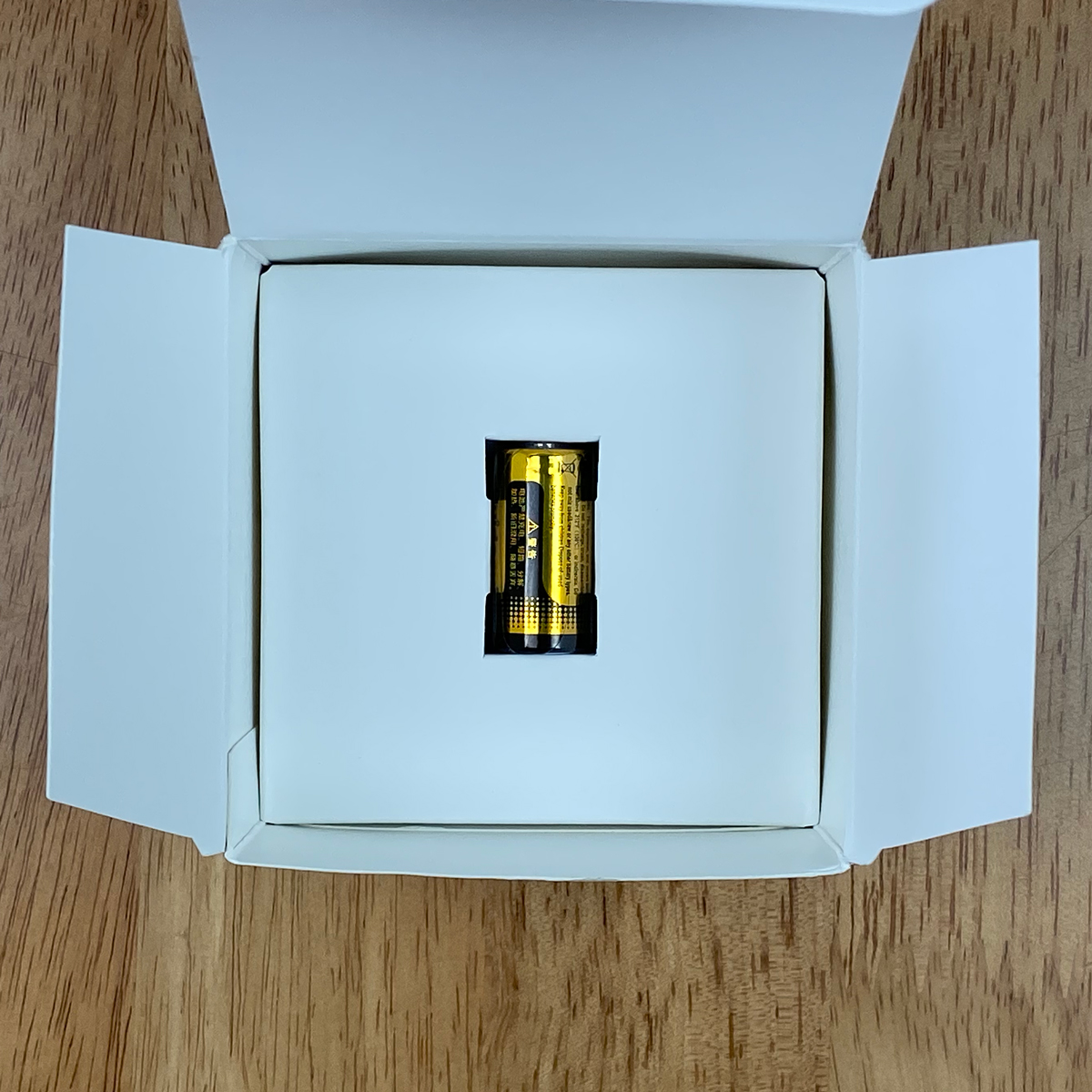 Once opened, the smoke alarm is the first thing you’ll see. Underneath that is the provided CR123A battery, also known as a half-AA battery (not to be confused with the less common ER14250 battery). 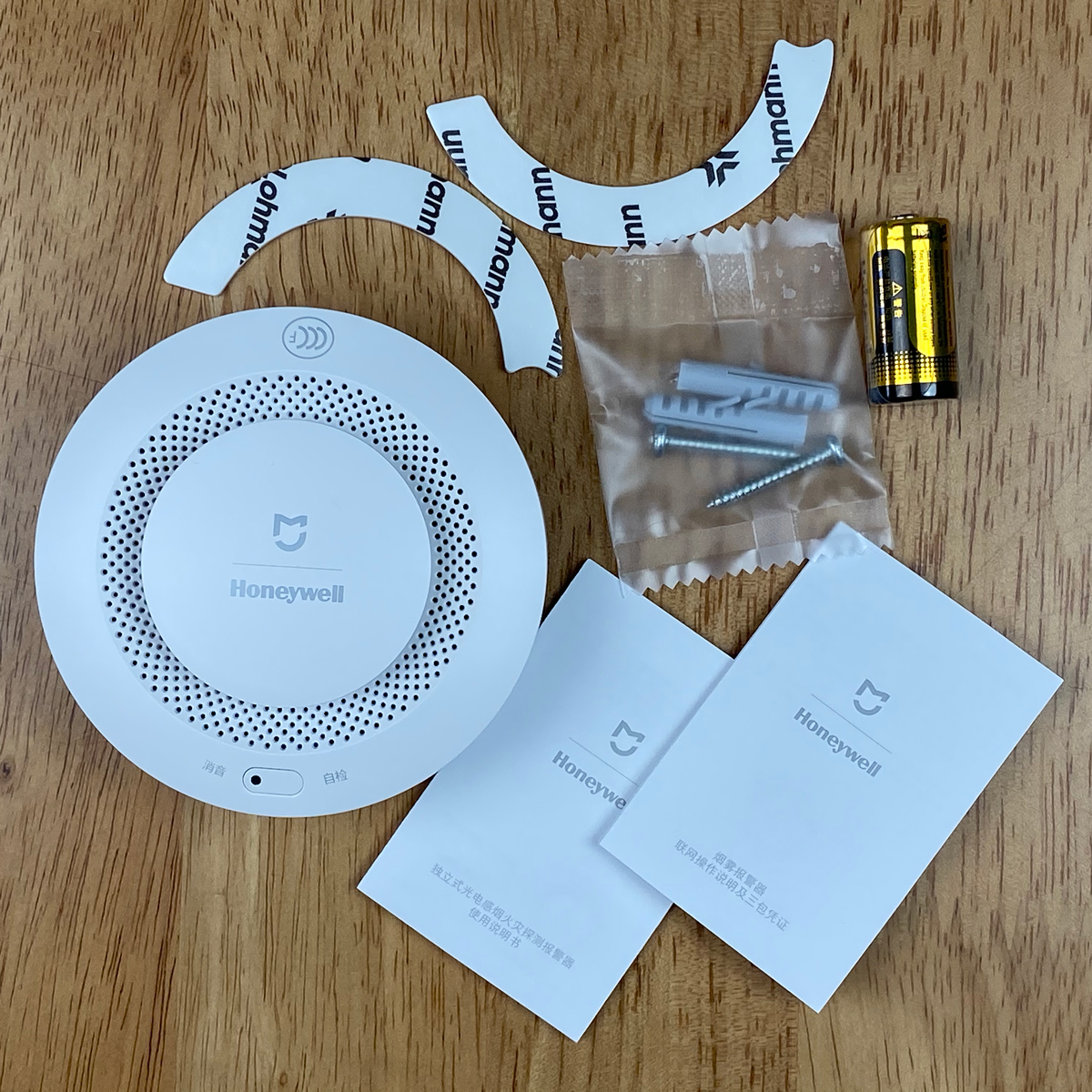 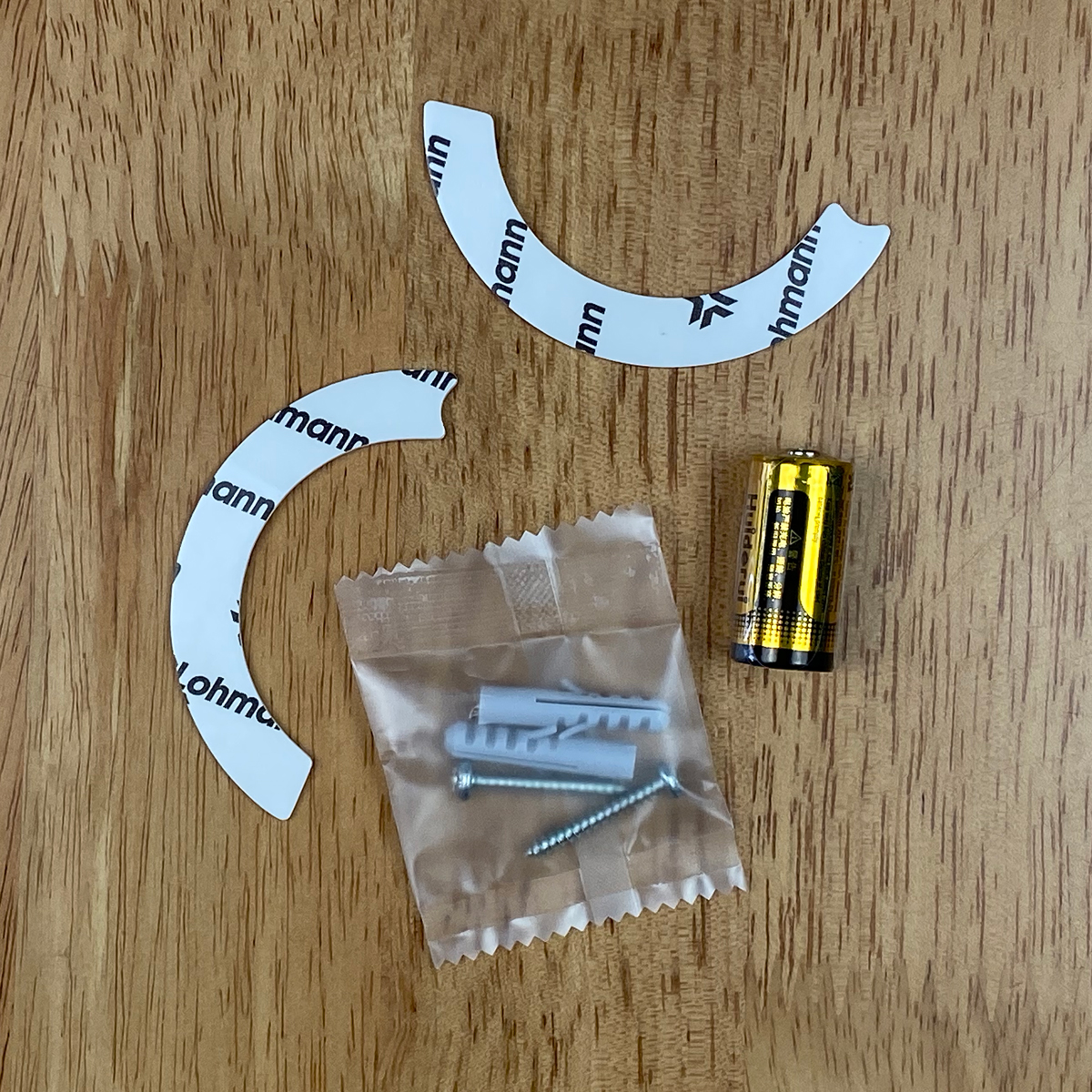 To complete the list of contents, you’ll find two rawl plugs and corresponding screws, two small booklets in Simplified Chinese, and two double-sided curved strips if you don’t want to mount the alarm with the screws. 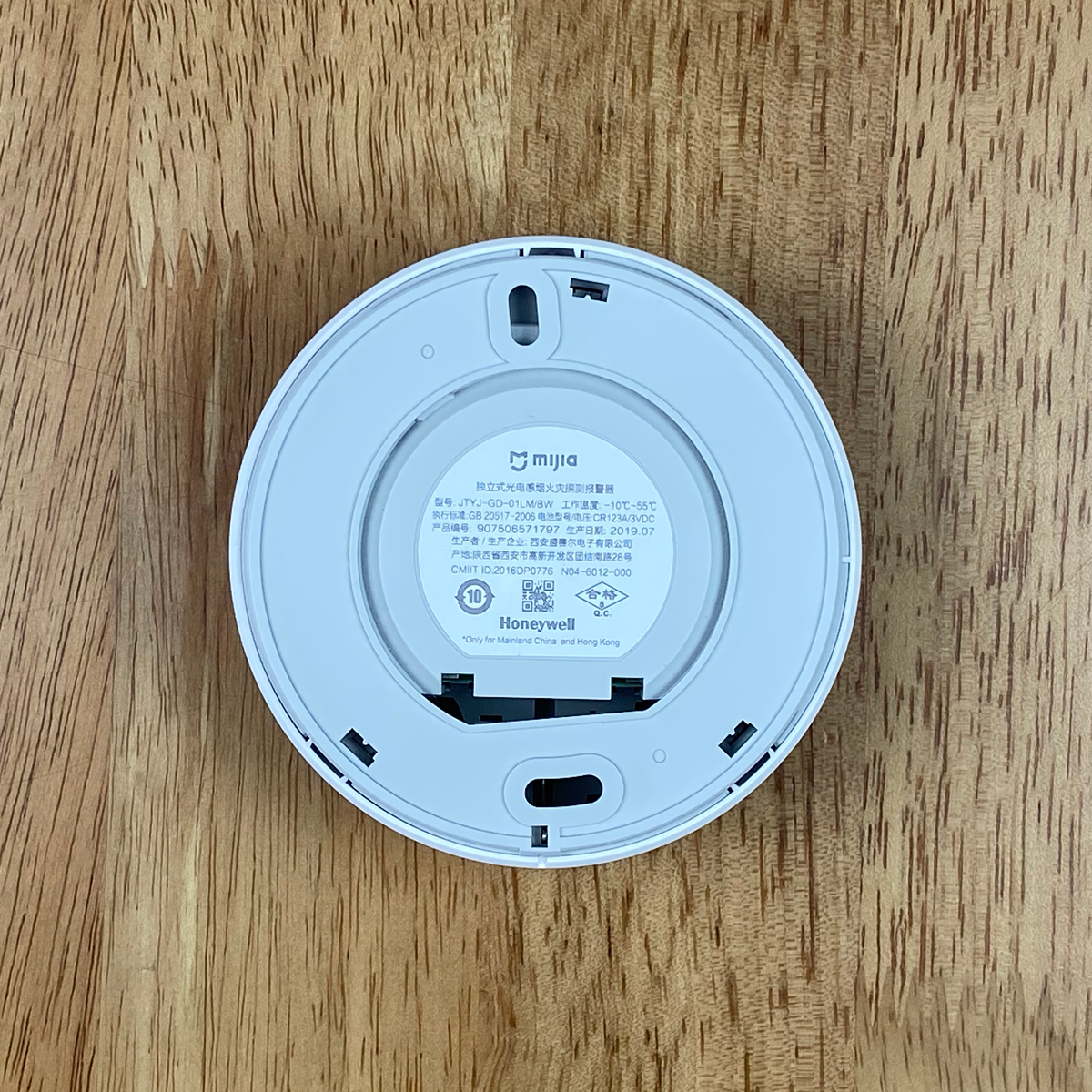 The device is relatively small, although probably no smaller or larger than a standard ‘dumb’ smoke alarm. It’s circular, coming in at 90mm/3.54in in diameter, and 36mm/1.42in in depth. It weighs approximately 100g/3.52oz, so is light enough to be suspended from a ceiling without the worry that it’ll fall under its own weight. The front has a series of holes for the alarm, with an inner, elevated circle that exposes the smoke detecting sensor array. Imagine a typical flying saucer with windows atop the disc…There’s a button to set up the device, that can also be used for testing and muting the alarm when necessary. 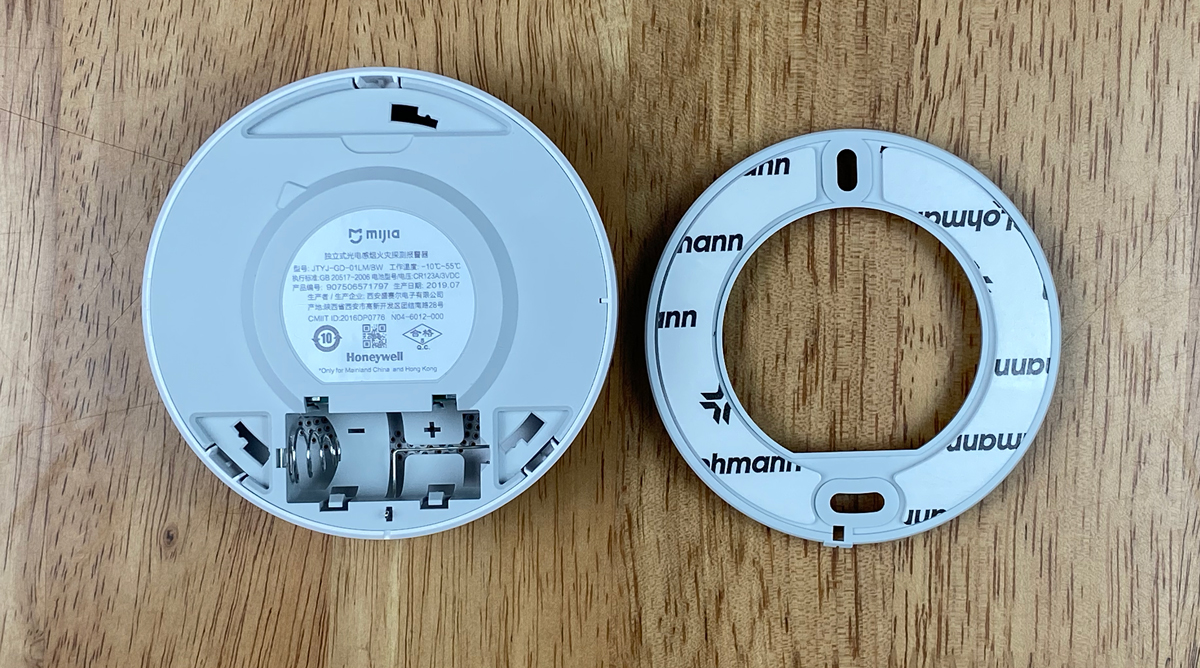 The rear of the detector houses the battery compartment and is held in place with the backplate the slots into position with a slight turn. The two curved adhesive strips sit in the recessed areas of the backplate perfectly. You also have two screw holes if you go with the more permanent fitting option.

The alarm part of the device has an 80dB built-in siren, which might not be the loudest on the market, but in my tests, it is plenty loud. 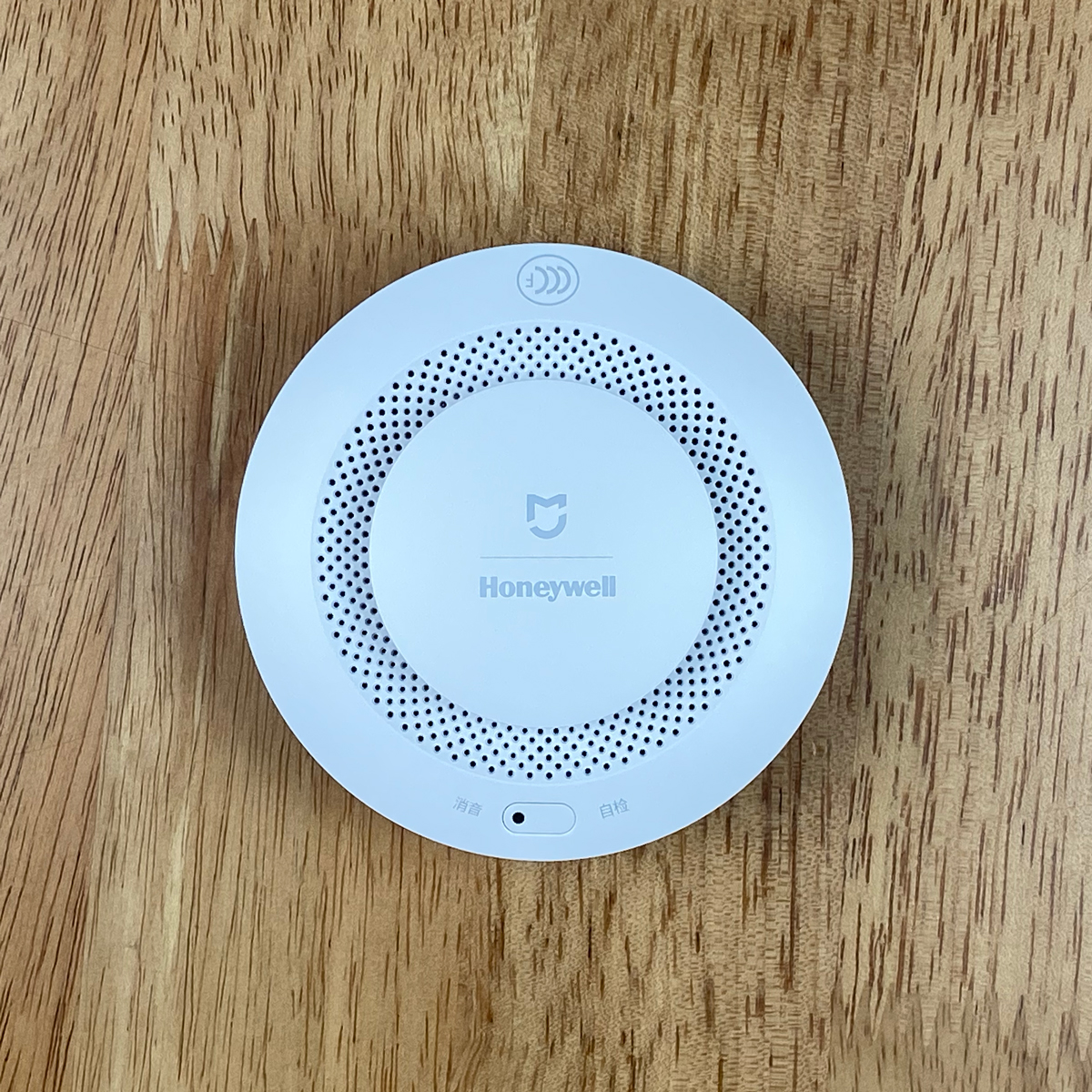